Did you know that some eye conditions are associated with sleep apnea? According to the National Sleep Foundation, more than 18 million Americans have sleep apnea, and Health Canada reports similar prevalence. It’s a sleep disorder where people stop breathing — often multiple times per night — while sleeping.

If you have sleep apnea: it tends to take longer for your tears to be replenished, you’re more likely to have ocular irritation, you have a higher chance of developing floppy eyelids, and you’re at increased risk for glaucoma.

There are different types of sleep apnea. The most common one is obstructive sleep apnea (OSA). During OSA, your airway becomes partially blocked due to relaxed muscles in your nose and throat. This causes apnea (the absence of breathing) or hypopnea (abnormally shallow, slow breathing). It’s twice as common in men, and is more likely to affect people with obesity, hypertension, diabetes or heart disease.

Sleep apnea occurs when the muscles in the back of your throat relax too much to allow normal breathing. These temporary breathing lapses cause lower-quality sleep and affect the body’s oxygen supply, which can lead to potentially serious health consequences.

So, people with sleep apnea — even if it’s being treated — need to get their eyes checked on a regular basis for glaucoma. 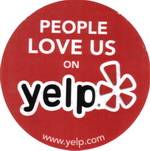